When I was a child, my dad's aunt had an apartment in Majorca, one of the Balearic islands. Consequently we would hop on a plane, and head over for a week or two of self catering hol in the sun. We also travelled around England and a bit of Wales - Torquay, Devon, Plymouth, Pwllheli, Scarborough, London, York. Sometimes for weekends, sometimes just for days out, sometimes just for a drive or a coach trip.

We would go to the museums, the visitor centres, the theme parks. I particularly remember trips to Elan Valley Dams and Bath which even then blew my mind with its scenery. London and York were so full of history and life. We went to more unusual places like Eyam, where the plague took hold years and years ago in Derbyshire, as we were studying it at school. (It's where ring a ring a roses nursery rhyme comes from you know).

When I was in my teens, we went to the Canary Islands - Lanzarote, and to Menorca, plus various weekends, days trips etc.. Menorca was so pretty : 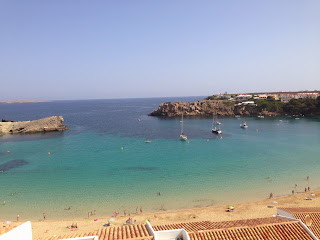 By the time I was in my 20's I wanted to travel. In my late teens and early twenties, (i'm in my mid - yes mid! thirties now), I travelled a lot. I did the obligatory girls holidays to begin with - the usual - Ibiza, Malia in Crete, Feliraki, Turkey. We did do sight-seeing, hired mopeds, went on boat trips. Particularly in Feliraki - we went around the Rhodes island, into the old town.

Then I turned 30. I started well. I went on the QM2 across from Southampton to New York - totally amazing!! I went to Cyprus - twice. Lanzarote (again), Turkey and Tunisia. I went to Egypt for New Year. I went to Belfast, Cork, Dublin and London once again.

Most recently, I seem to be repeating myself. I don't stay in the same resorts or the same hotels, but I do find the destinations are less varied. For instance I have been to Egypt 3 times in the last 2 years. Twice to Sharm El Sheikh, once to Hurghada. I have been to the Canaries again - different island - Fuerteventura and just booked for Gran Canaria. I have been to Tunisia again, yes, at a couples hotel which was fab, but still a country I have been before!!! 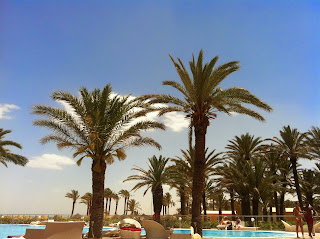 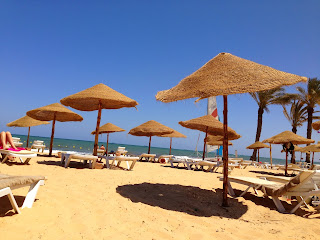 However, I do feel that there is so much world to see, and I am now recovering my steps. My New Year resolution number 3 therefore is to see more of the world. My wishlist currently includes: Australia, New England (Maine - big Stephen King fan) in the fall. Boston, Washington. Sri Lanka. Dubai. Newfoundland. Switzerland. Skiing!!. Rome, Venice and erm, Benidorm - I know, I know -  but you have to experience all of life right?? So this is resolution number 3 - see more of the world.

Where would you love to go?