Let me introduce you to Neko!

Over Christmas, we had the family over. They bought with them their Jug (Pug& Jack Russell) Neko!

He's a bit grumpy at the moment as his mum and dad have had a baby and he loves fuss! He is more demanding than their new baby!!

They all went out shopping, and left him with me for a bit. He did sulk a little, and for the first time since they arrived, he actually wanted to know me and came to sit with me. When I say with me, what I mean is on me: 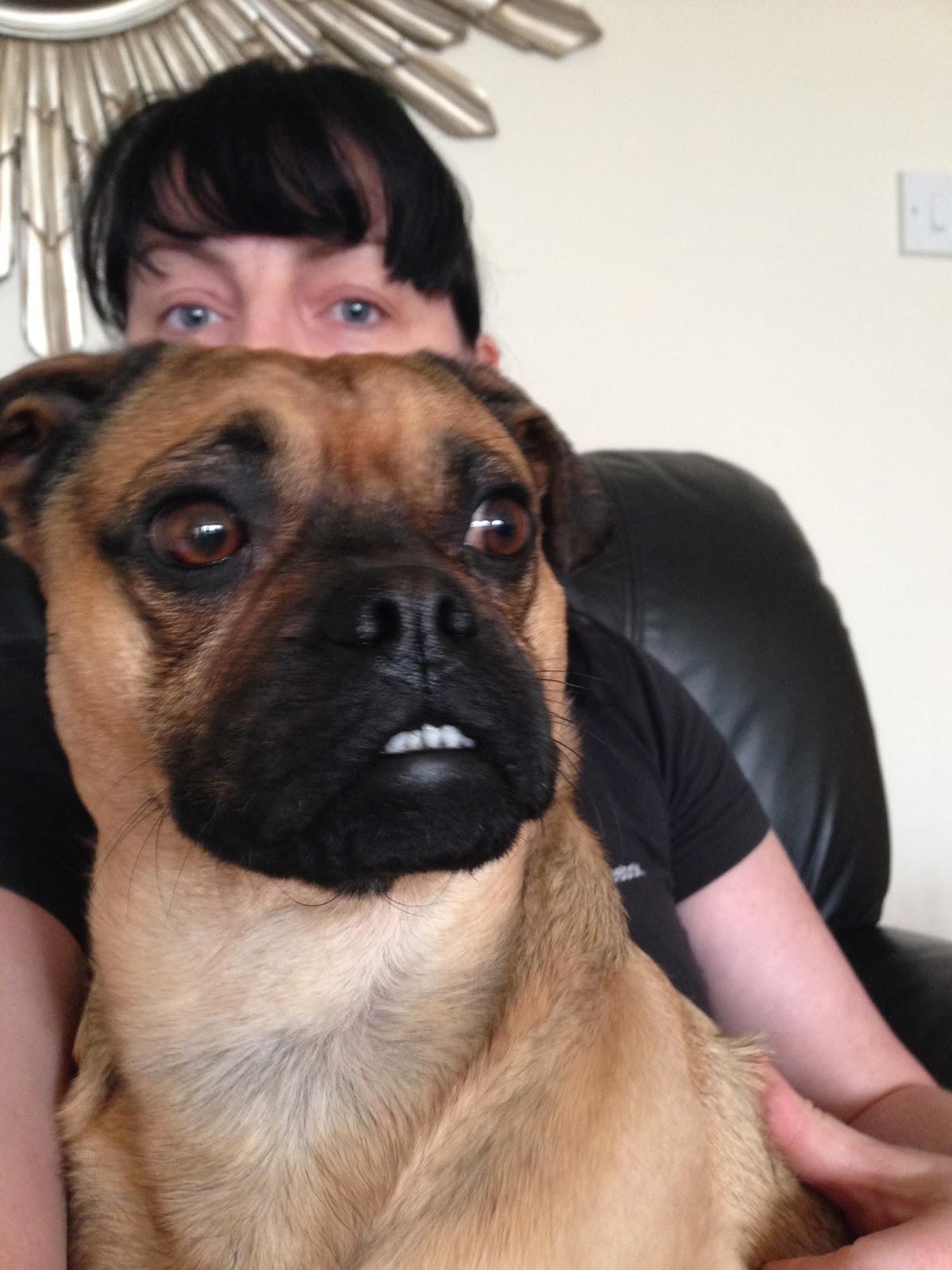 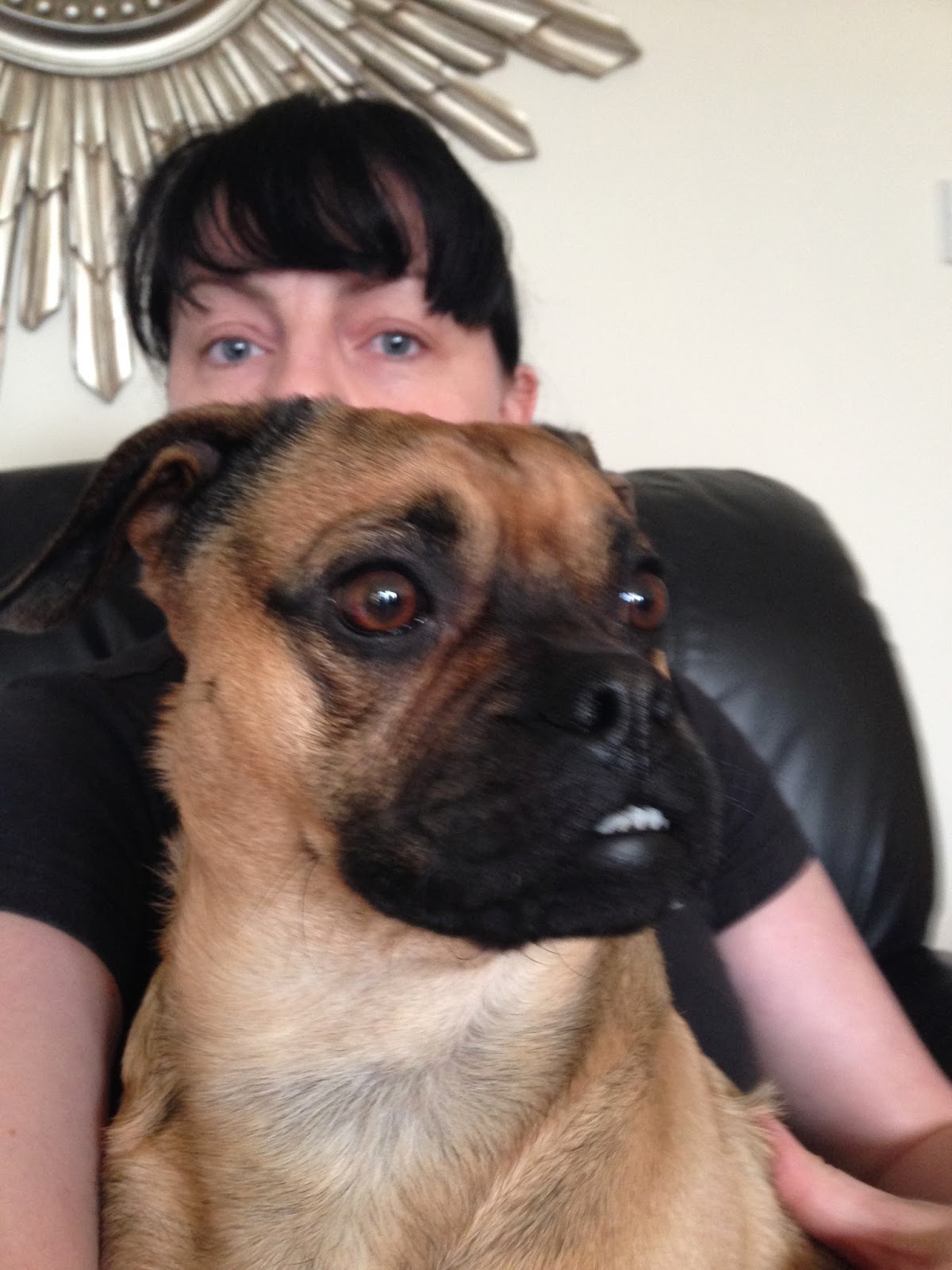 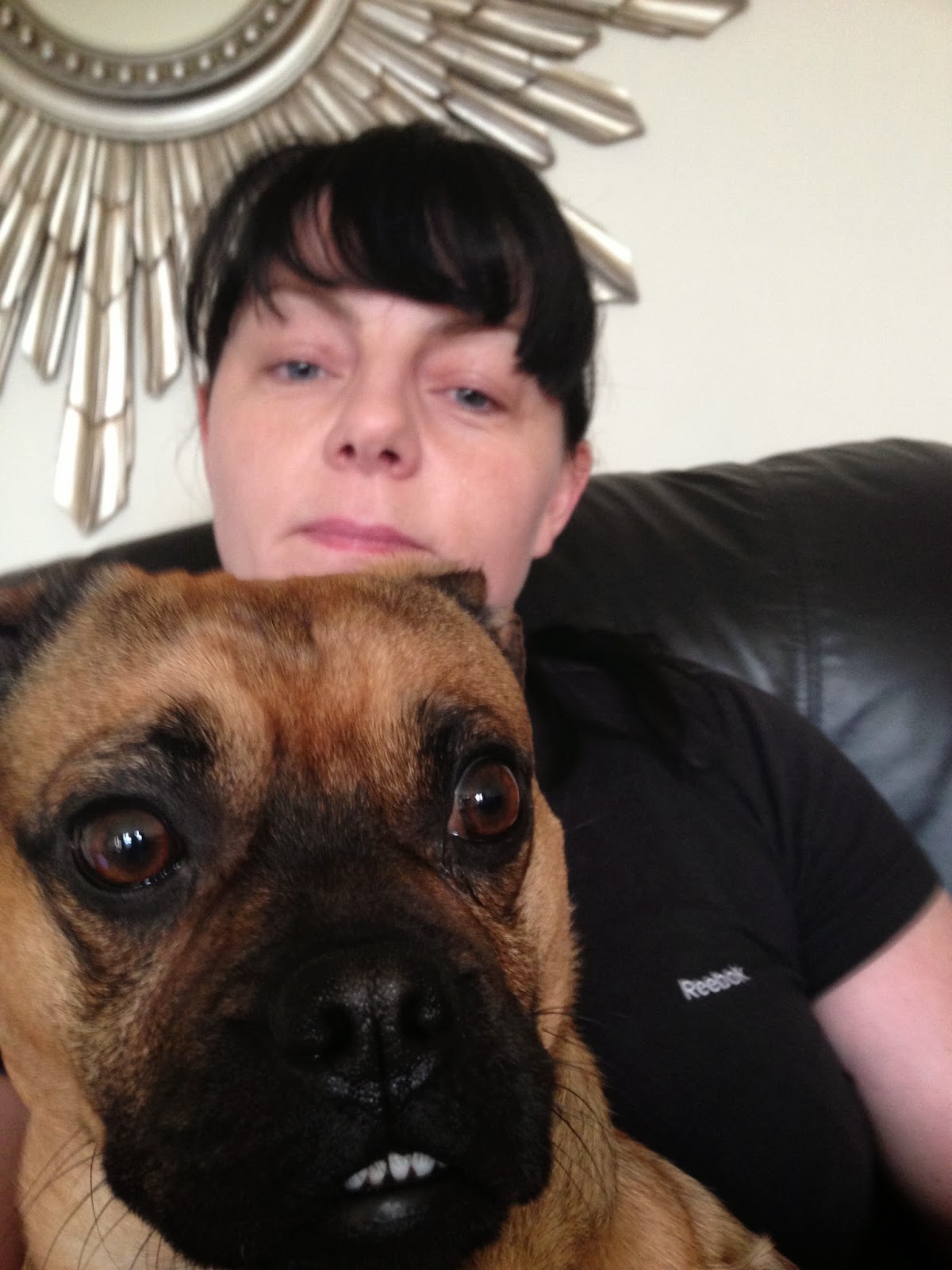 I was stuck like that for a good half hour, as once he was comfortable, he really didn't want to be moved. I bore with it for a while, then I needed to crack on with the housework. Neko then vanished. I hunted the house for him, expecting him to be curled up somewhere, but couldn't find him. Finally, I went in one of the bedrooms, through a closed door I may add, and then he was!

Somehow, he had got into a closed room, but then got himself stuck in there as the door closed behind him! i then began to hoover, expecting him to run from the hoover but no, he thought this was a game! The stairs were hairier than they were when I started, so I gave up with the hoover. It looked better anyway.

I loaded up the washer, dusted and he had vanished again. I knew where to look this time - sure enough, he was in the room again! When his mum and dad came home, I told them about his antics, and they assured me it was quite normal for him as he barges through doors managing to open them!!

He is such a character, and I enjoyed him being here. He took a liking to sitting on the chaise and watching the park from the windows. My other half is also nosey and enjoys that seat - the two of them were competing for the view!! Neko wins though - he's just so cute, and he is always smiling!